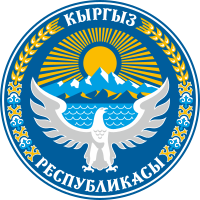 Kyrgyzstan, a fabulous Central Asian country, is very popular with tourists and still shows great tourism potential. It has a long and eventful history and boasts a number of unique heritage sites dating from various times, including the era of the Silk Roadcaravan tracks, which once ran though its today’s territory; and it is of course a country of fascinating natural sites, a grandiose mountain kingdom often referred to as “Central Asian Switzerland”. The Tien Shan system of mountain ranges covers 80% of its area, featuring the extremely high mountains Pobeda Peak (7,439m), Lenin Peak (7,134m) and Khan-Tengri Peak (6,995m). Lovers of mountaineering, trekking, downhill skiing, snowboarding and other adventure tourism activities regard Kyrgyzstan as one of the world’s best vacation destinations.

Bishkek and Osh, the major cities of the country, are also worth visiting. They are different in many aspects but both have something a tourist will certainly enjoy.

Since recently jayloo tourism has been rapidly growing in Kyrgyzstan. (The Kyrgyz for jayloo is “a summer alpine pasture”.) It is a new type of ecotourism involving visits to remote mountain grazing areas, with stays in the local shepherds’ yurts. (A yurt is a strong circular domed dwelling structure made of skins or felt stretched over a collapsible lattice framework and used by the nomadic peoples of Asia.)

Once in Kyrgyzstan, tourists also enjoy the intrinsic hospitality of the local people, exotic Kyrgyz cuisine and most interesting local traditions carefully preserved and practiced.

Kyrgyzstan is a landlocked country in the northeast of the former Soviet Central Asia. It borders China, Kazakhstan, Tajikistan and Uzbekistan. Most of the territory is covered with the Tien Shan mountain ranges. The country’s highest mountain is Pobeda Peak (7,439m; “Victory Peak” in Russian; Kyrgyz: Jengish Chokusu); the lowest parts lie at an altitude of about 400 meters. The area is 199,900 square kilometers – five times as large as Switzerland.

The country’s population is a little over 5.6 million. Since life is hard in the mountains, most of the people live in the valleys. The largest ethnic group are Kyrgyz. They make up 72% of the population (2013 estimate) and are spread throughout the country. The largest ethnic minorities are Uzbeks (14.5%) concentrated in the south and Russians (9.0%) living mainly in the north. There are also Dungans (1.9%), Uighurs (1.1%), Tajiks (1.1%), Kazakhs (0.7%), Ukrainians (0.5%) and other smaller ethnic minorities, including Germans.

The country has seven provinces (Batken, Jalal-Abad, Issyk-Kul, Naryn, Osh, Talas, and Chuy), two cities each equal to a province (Bishkek and Osh) and 40 districts in the provinces. There are 22 cities and 429 rural administrative offices.The capital and the largest city is Bishkek, formerly known as Pishpek and Frunze, with a population of 874,400.

The official languages are Kyrgyz and Russian. Uzbek and Tajik are also widely spoken. Russian is used as the lingua franca. There are about 30,000 second-language English speakers in the country.

The currency used in Kyrgyzstan is the som (KGS). One som has 100 tyiyns. Banks and currency exchange offices are available in all the cities. One US dollar is equal to about 48 soms (2013 rate).

Religion
Eighty percent of the population professes Islam (Sunni). Around 17% (mainly ethnic Russians and Ukrainians) follow Russian Orthodox Christianity, and 3% are adherents of other religions.

The country’s terrain and location will allow for experiencing almost all types of climate: seaside, subtropical, temperate, dry continental, and even subpolar. The temperatures vary as to region. In winter, it is around -8°C in the lowlands and around -27°C in the mountains. In summer, however, the temperature is almost the same in the highlands and lowlands – it is around +26°C, with up to +40°C around the southern city of Osh, Fergana Valley, and -10°C around the highest mountain peaks. The temperatures around Issyk-Kul Lake do not vary significantly by season and are quite comfortable: it is around +2°C in winter (The lake does not freeze in winter, which even its name meaning “hot lake” is indicative of.) and +18-25°C in summer. The precipitation varies from 2,000mm per year in the mountains to around 100mm per year on the west bank of Issyk-Kul Lake. The air in the country is mainly dry. The yearly number of sunny days is quite large – it is 247.

Find your trip to Uzbekistan

Tours to Uzbekistan from USA